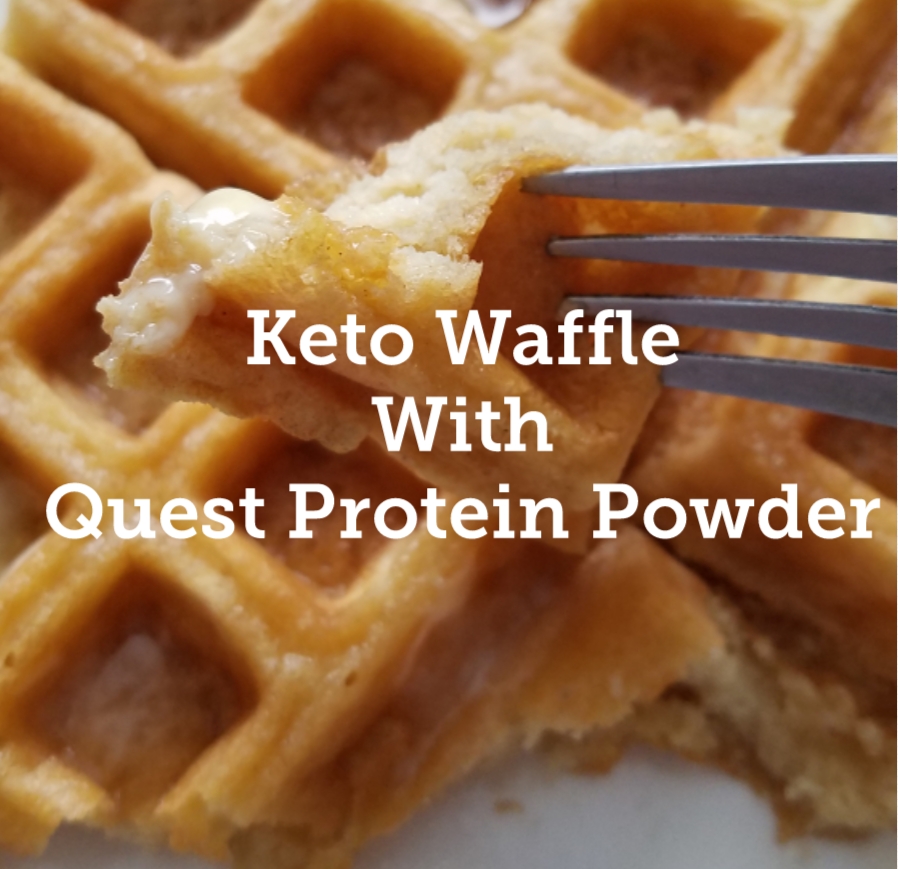 I originally bought my Quest protein powder for the occasional shake or two! I ordered the Cinnamon Crunch flavor😋

I have tried a few recipes attempting to make it into a waffle without success until now!!

This recipe only made 3 large ones in my belgian square wafflemaker.

Its important to have it rest as its called for, so do not skip that step!

Blend all ingredients in a blender. Let sit 5 minutes to thicken.

Make according to your waffleirons instructions. Leave in a tiny bit past the steam stopping for crisping up.

One thought on “Keto Waffles with Quest Protein Powder”