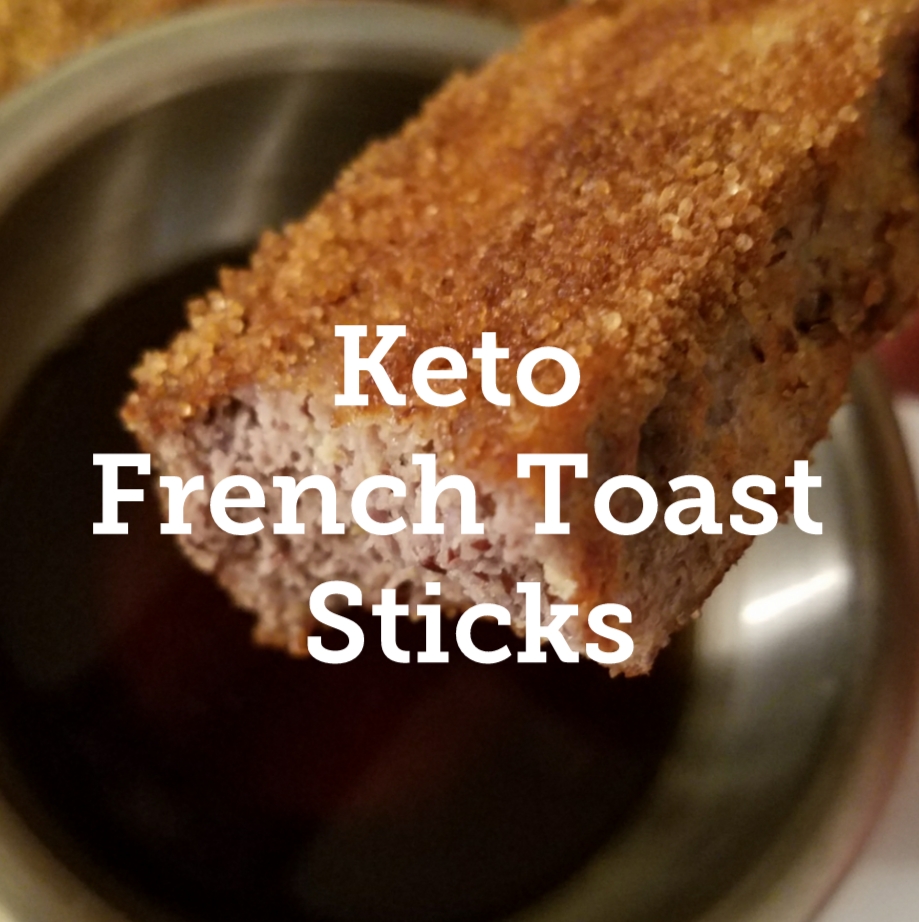 It was before I made the choice to eat healthy when I would visit my fave fast food drive thru to get my breakfast of French Toast sticks. I would get an extra syrup cup, and never thought twice about the ingredients!

That was 8 yrs ago before my daughter was born and I became conscience of my eating habits! I have since gone gluten free and most recently keto! I still have my two children to feed so I have to recreate favorites to make them healthier! So here you have my version of French Toast sticks! They were a big hit with the kids, and I plan on making extra and freezing for the busy school mornings ahead!

The first step in making these uber yummy sticks is to have your fave loaf of bread! You can purchase a loaf of keto bread, or follow my recipe to make your own! Here is my quick and easy recipe to make a tasty loaf of your own!

So now that you have your bread of choice ready, take out 3 slices and lets get started!

Set aside while you prepare the egg dip!

Whisk it all well until it looks like this! You want to make sure it is well whisked as you don’t want stringy egg whites cooked to your sticks!

Now its time to heat up your pan. Get it nice and hot and add 1 Tbsp coconut oil or butter. I prefer coconut oil as it gives it a fried doughnut taste😋!

Get your batter bowl close to the pan and dip each side into the egg wash. Gently place on the pan after you let the excess drip off.

Don’t crowd too many on as you want to have room to flip them!

Give it a few minutes and then flip to the other side. You want them golden brown like this.

Since my slices were thicker, I also put them on their sides to crisp up the edges. If your bread is thinner you won’t have to worry about this step.

As the french toast sticks are done, brush them with softened, or melted butter.

Then dip each one in the cinnamon/sweetener bowl.

They are ready to either place on a cookie sheet and freeze for quick breakfasts, or to eat immediately!

I poured out some of Lakantos Sugar Free maple syrup to dip mine in. The kids used real maple syrup for theirs!

They are dense and filling! I absolutely loved these! The dipping is fun too!

This recipe makes 2 servings at approx. 5 net carbs per serving!

3 slices of your favorite bread

Butter or coconut oil for cooking