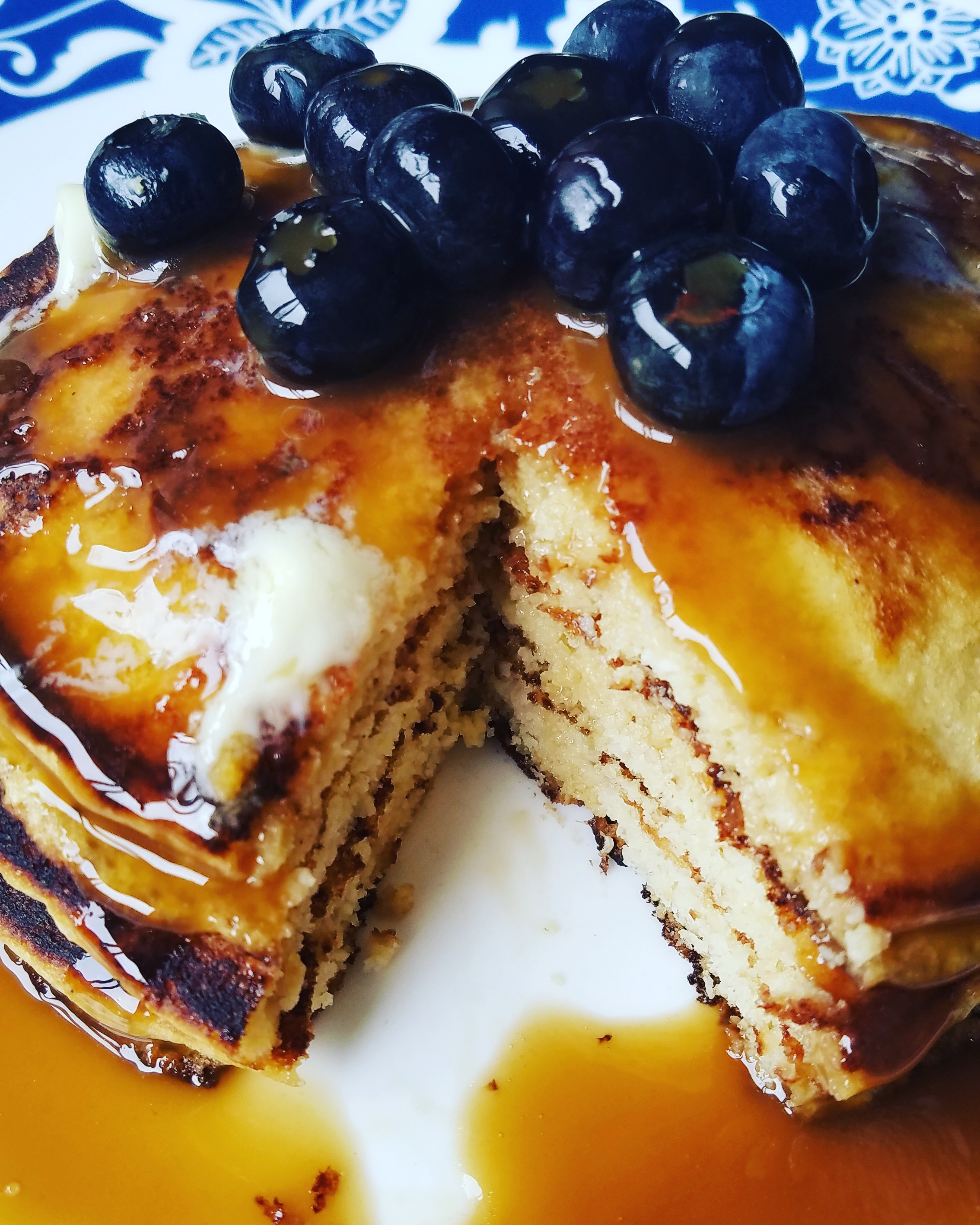 I have another pancake recipe called Keto Blender Pancake Recipe , but it uses cream cheese and the blender, which usually is not a problem, but I wanted to re-create the pancakes that mix in a bowl!

Spring is approaching and it has gotten me thinking of recipes I can have on hand for camping season!

This recipe works out well for any mix and pour situation! Another nice thing about these is that the texture is improved with the mixing of the flours in the base 🙂

They also re-heat well in a toaster!