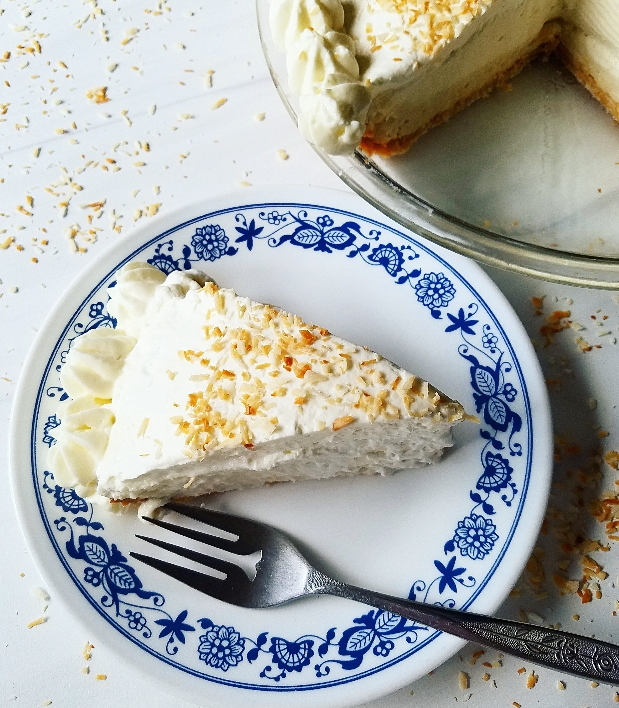 If it has coconut in it I am ALLLL about it! Coconut ice cream, coconut oil, coconut milk in my coffee……its an obsession really! So when I was thinking of HOW I could make a quick coconut cream pie keto WITHOUT needing to make the custard that traditional recipes use I went to my favorite keto pudding mixes from SIMPLY DELISH NATURAL!

The instructions have you mixing and waiting and combining so make sure you read through the whole recipe first before you begin so you are prepared. THEN once it is all together you only have to wait overnight!

Your bliss will be when you take your first bite……oh my it is heavenly bliss!!

When you thought pie couldn't get any better I come out with this amazing recipe that will fool even the MOST die hard sugar fiend! With the creaminess and ultimate true coconut flavor, it comes together quickly and will impress everyone who tries it!
Print Recipe Pin Recipe
Prep Time 30 mins
Cook Time 20 mins
Course Dessert, Desserts, gluten free, keto, low carb, sugar free
Cuisine American
Servings 8 pieces